I get the pleasure of working with several refrigerator-sized storage subsystems capable of holding several hundred to thousands of spinning hard drives and solid state devices. These drives combine to store and service Petabytes of data.  One of my main responsibilities is ensuring your data is available even if a few of those drives go bad and fail. I often get asked about data protection, so I thought I’d review one of the tools we utilize within our arsenal – RAID (Redundant Array of Independent Disks) 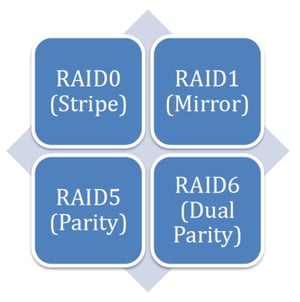 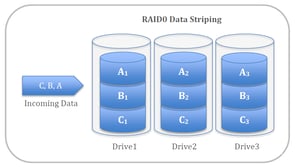 (Stripes data across available drives like RAID0, but adds a parity bit so data can be reconstructed in the event of a drive failure)

(Similar to RAID 5 but with two parity bits)

Follow up posts will discuss where and why to deploy the different RAID technologies.  We will also discuss newer strategies and technologies to ensure your data is always protected.

Not All Solid States are Equal

As a follow-on to a previous post “The Evolution of Disk Storage”, we discover there’s more than...

Business is better with Office 365

Last week FNTS announced the addition of Microsoft Office 365 to its cloud services offering.  With...

FNTS, a trusted advisor in multi-cloud solutions and managed IT services, has introduced its...