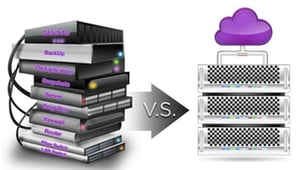 New and established vendors alike appear to be vying to combine several of these components into commodity appliances in an attempt to reduce overall complexity and cost surrounding the traditional approach.  I’m intrigued in the concept as they have the potential of delivering massive scale by adding thousands of nodes at Peta-Byte scale.

Simplivity & Nutanix are currently leading this movement by combining commodity nodes complete with compute, storage, network and virtualization resources that are capable of scaling simply by adding additional nodes.

They both have primarily been focused on VMWare environments, but they have been working hard to support KVM and HyperV environments as well – I suspect future announcements will be forthcoming.

Ready for prime time? There are several compelling reasons for investigating and following this trend. As products mature and offer up additional enterprise capabilities, I’m sure you’ll see the adoption rates grow…