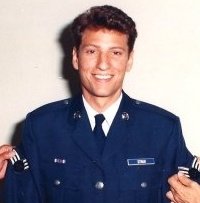 My introduction to IT was via the Air Force in 1989.  Graduating from high School in 1985, well before personal computers became common place and before teaching programming was the norm, I enlisted in in the Air Force.

I took a battery of tests and was told I could be a Forward Air Controller, Arabic Linguist or Computer Programmer.  I was never interested in getting shot at as a Forward Controller, tried Arabic for a while but just didn’t get it and finally said – well I guess I will try computers.

I was trained to be a Mainframe Systems Programmer, writing code in Assembler, SAS and MXG.  I remember getting to my duty station with other new trainees and they laughed at me because I was headed to a mainframe shop. By 1991, our leaders decided it was prudent to move to Open Systems for our processing because the mainframe was a dying technology.  The prediction was that the mainframe would by obsolete by the year 2000. So off we went to Sun Solaris, HP-UX and Microsoft.  The world was going to be better. 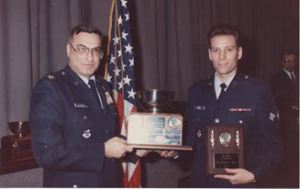 Dan Kurtz awarded Airman of the Year for War Planning, 1991

Dan Kurtz awarded Airman of the Year for War Planning, 1991

After about 2 years of trying to migrate data and update programs, it became apparent we were going to need to keep the mainframe around for a bit longer than anticipated.  It was soon after this decision one of my co-workers came to a town hall meeting wearing a shirt that read “Would you rather have 1000 chickens pulling your wagon or one Ox?”  That t-shirt had a profound effect on my view of IT.  I am not sure, but I bet that oxen is still hanging around and the air force is still running the mainframe for some of their applications.

Fast forward 25 years and I still hear companies saying they are sun-setting their mainframe and moving to the cloud entirely.

Lucky for those companies FNTS still has a mainframe service and very competent programmers who love to support it.  Give me a call if you want to discuss our Oxen.

When talking about capital expenditures, it helps to view them as investments. With that in mind,...

After being in the trenches of the network for months on end, deep diving into large scale network...

While there can be numerous benefits derived from data center consolidation, realizing them...