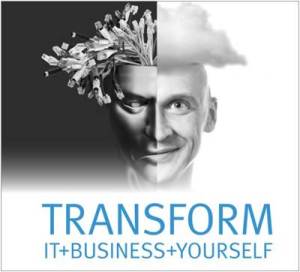 If you are like me and want to understand what’s new and hot (or will be hot) in the storage industry, EMC World is a must attend event. During the past several years, EMC has leveraged EMC World to push concepts and ideas that have helped shaped modern datacenters worldwide.

EMC World is a must attend event.

Flash Not long after that, EMC starting pitching the benefits of “flash.” Now everyone is offering some kind of flash technology. Whether its server-side flash (VFCache), flash cache sitting in front of traditional disk drives, or all flash arrays, you can’t talk about storage without the topic of flash coming up.

Cloud Computing “Cloud Computing” was discussed at EMC World next. The concept of Cloud Computing was hyped up so much that a few people even rolled their eyes and laughed at the idea- it’s not so funny anymore. More and more businesses have had wonderful success running their enterprise applications (and entire data centers) securely in the “cloud.”

This year, the theme focused on “Software Defined Datacenters” and the impact this will have for us all. EMC firmly believes we are entering into a 3rd new platform:

EMC’s product announcement capable of delivering this kind of platform is called ViPR.

Although a bit limited in its initial offering, I can’t discount their history and fully believe the concept behind ViPR will become the norm within the foreseeable future.

Whether it truly becomes the next platform of our generation remains to be seen, but I’m excited to be a part of it regardless.

Operating Systems: Out with the old, in with the new

It has often been said that "all good things must come to an end," and this certainly rings true...

Tips for the Windows Operating System

The windows operating system can be extremely helpful when operating correctly. Like any system...

The central role of the iSeries for businesses, as well as the need to optimize its management, is...