After being in the trenches of the network for months on end, deep diving into large scale network builds, and coming up with unique yet solid and supportable solutions, it’s easy to lose track on how fast technology is progressing in the IT industry.

While I was heading into the Scott Conference Center near the University of Nebraska-Omaha campus to attend Cisco’s Omaha Tech Day, I had a moment of dread pass over me as I contemplated the seven hour marketing Power Point that surely awaited me.  I was soon reminded that sometimes the most colorless sounding tech meet-ups can be surprisingly interesting.

I found myself brainstorming use case scenarios when topics such as the Cisco Next Gen ASA’s were discussed. The Cisco presenters covered the X series increased throughput, additional Ethernet ports for channel bonding, as well as their beefed up IPS services.  It was also a good reminder that ASA 9.x code is out.  The ability to run dynamic routing protocols on multi-context ASA’s, as well as IPsec VPN pin-ups directly to each context has been a long overdue upgrade, and has finally been addressed with the (relatively) new code train.

I also found myself engaged when the presentation shifted towards the UCS compute platform.

The virtualization of servers on a large scale is really amazing.

Remember back in the day when a rack could typically hold between 35-40 servers with cooling/KVM/network access/and power restraints?  Being able to pack 1200 virtual servers with room to grow in 1 data center rack is huge and I for one am glad that Cisco and IBM drive virtualization as much as they do. 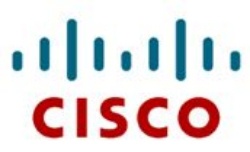 There were other topics that were of interest as well.  A quick touch on TAC best practices, as well as Big Data and Hadoop, and a partnership with Cloupia cloud management software.

Besides taking a breather by getting out of the data centers and hobnobbing with the Who’s Who in Omaha network IT, the most enjoyable part of the Omaha Cisco Tech Day was seeing the use case scenarios that were presented for the technology we are often too busy to keep up with, when it isn’t in every day production.  There is some really cool stuff that’s out there and if you love to learn new things it’s a great time to be in IT.

Every year, new technology buzzwords emerge with expectations to transform the data center...

5 Ways to Handle Data Center Consolidation During an Acquisition

As mergers and acquisitions (M&A) increase, more IT departments will be faced with data center...

Addressing the Challenges of Big Data in Healthcare

As big data in healthcare continues its exponential growth, it represents new challenges of...